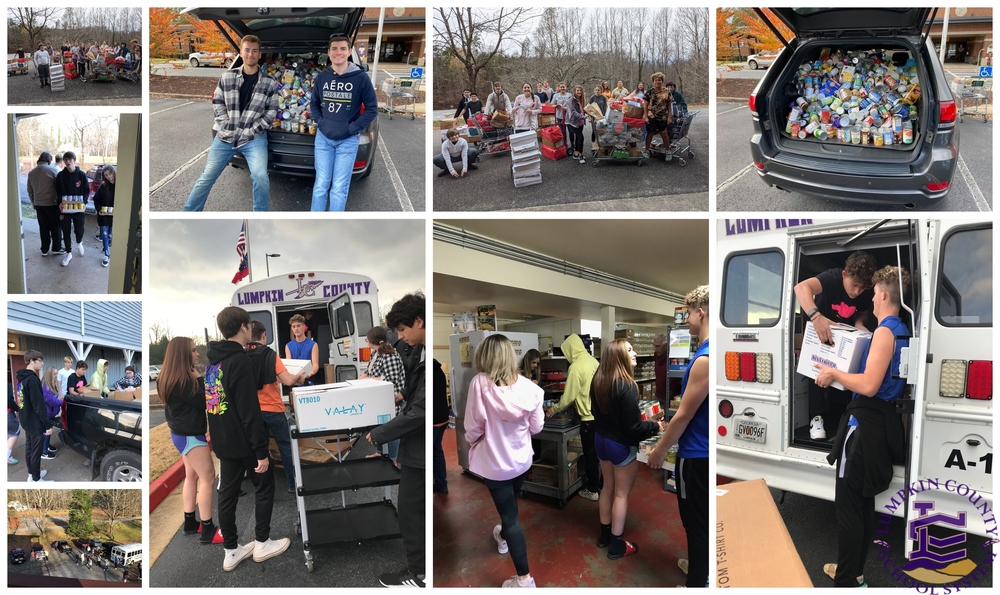 An important role of Lumpkin County’s FBLA chapter is participating in community service.  Hosting community service projects not only benefits the high school and middle school's chapter, but also the community as a whole.

By partnering with the statewide Feed Georgia Initiative to collect canned and non-perishable food items, Lumpkin County set an ambitious goal of collecting a total of 6000 items in the month of November.

When asked why they were motivated to do this particular project, Anderson said, "Due to COVID-19, donations have been down in local food banks and we want to make a difference.  Our goal is to collect 4,000 cans and/or non-perishable food items during the month of November.  The middle school FBLA chapter set a goal of collecting 2000 cans at the middle school alone.  We know that 6000 canned goods can make a difference this time of year for those who are food insecure"

In order to achieve their goal, FBLA held a competition in each of the schools for classrooms (or homerooms) to collect canned food donations.  At the conclusion of the drive last week, FBLA exceeded their goal and is happy to announce the class winners:

Both the LCHS and LCMS FBLA Chapters would like to thank all the teachers, students, and families who came together to make a difference.  In Lumpkin County, we remain #BetterTogether and #FocusedForward. 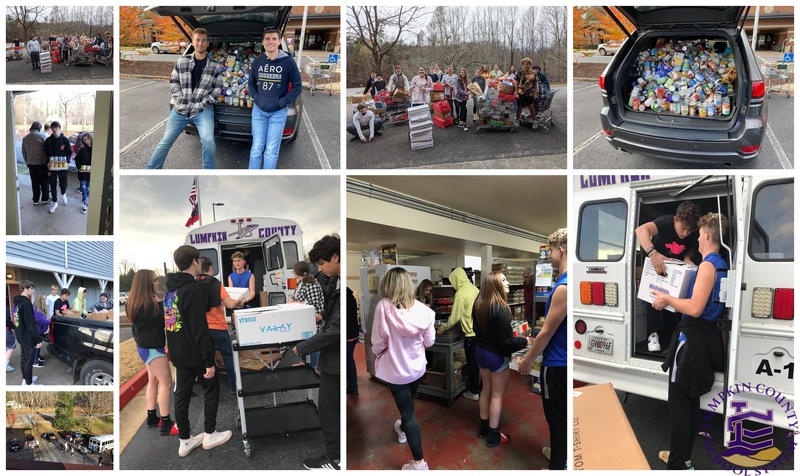